In early summer of 2007, my good friend and long time musical collaborator Brian Quarles of Bird Song 3 asked me to organize and participate in a live painting session for a free show that Myspace was putting on. They wanted some art as well as some graffiti so I asked ROME to collaborate with me for the event. He was into it, and so we went to work. At that point in time his graffiti was heading to an artistic expression, and my art was re-leaning toward my graffiti roots. The final mural ended up pretty great, and super fun to colaborate with ROME who is legendary in the bombing and graffiti scene of Chicago. The show was at the Riviera theatre on Chicago's north side, and rappers Lupe Fiasco, Twista and T.I. peformed. The night was historic. We got paid. Overall a great experience. 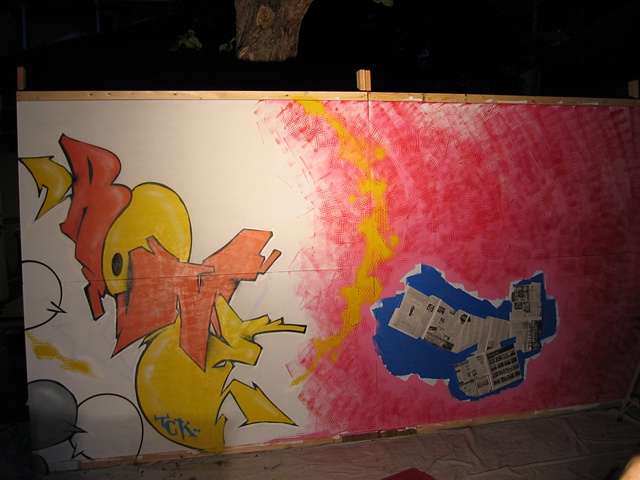 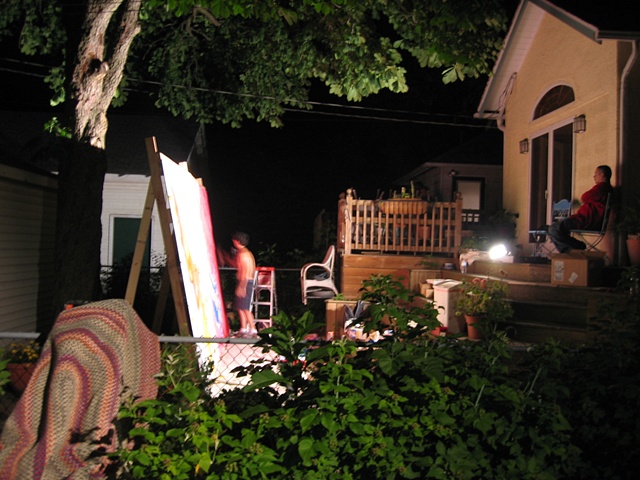 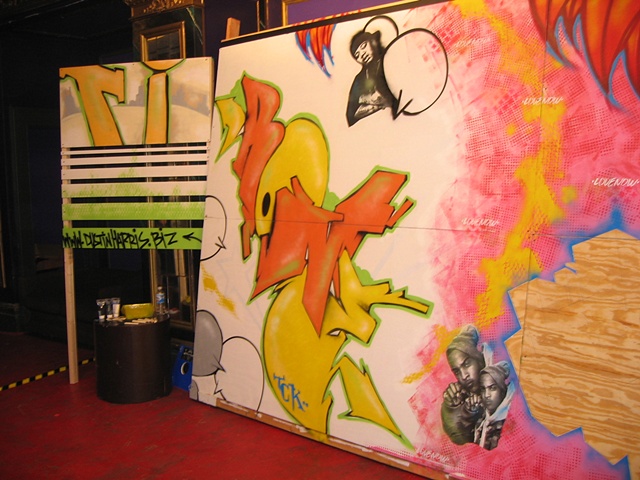 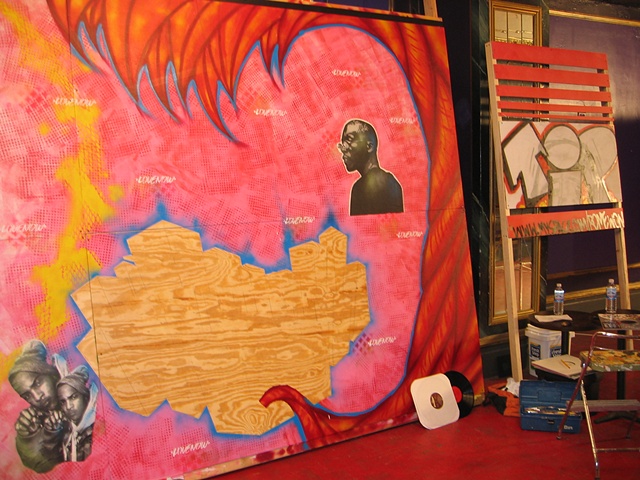 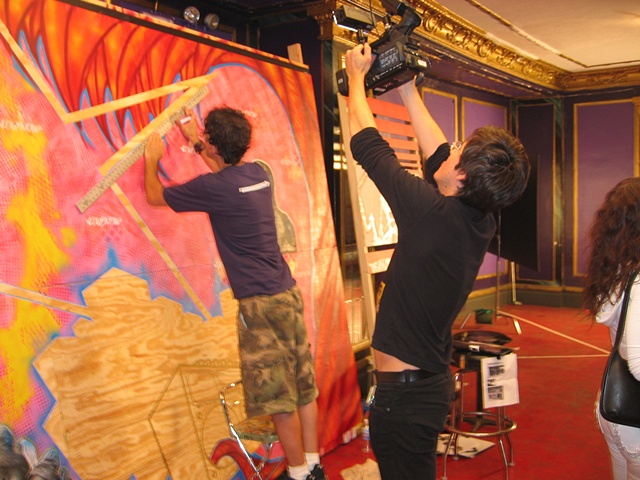 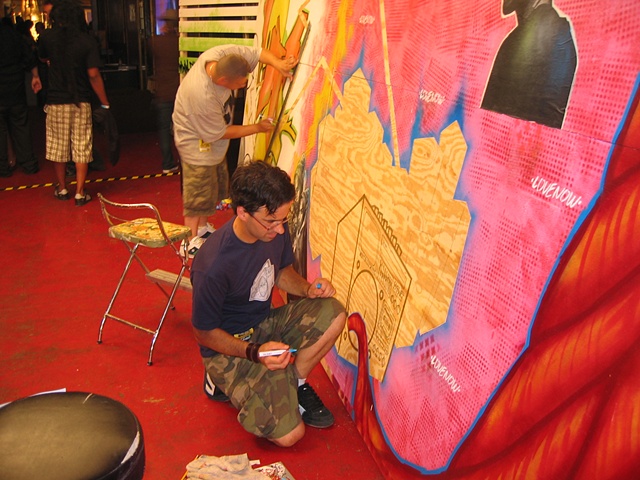 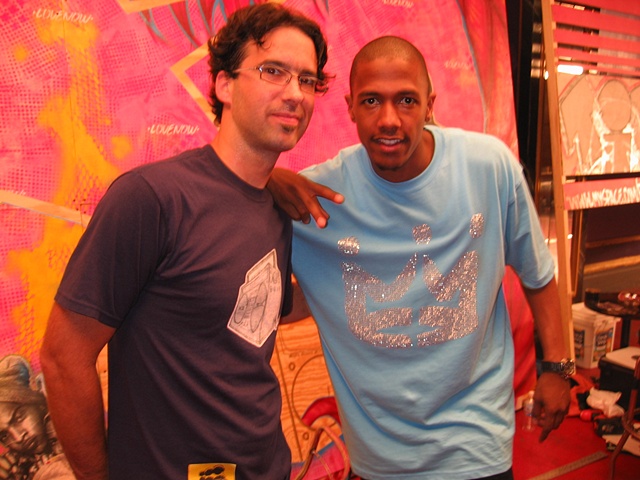 Myspace mural- Myself and Nick Cannon 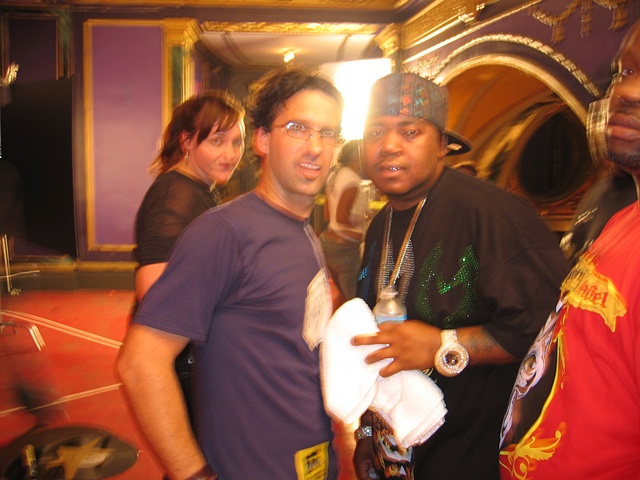 Myspace mural - Myself and Twista 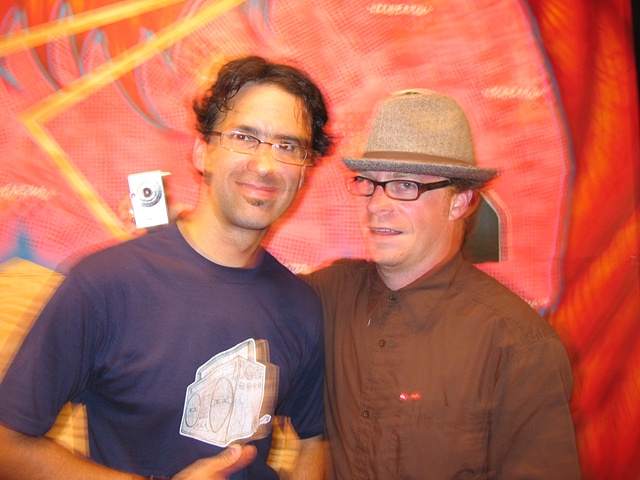 Myspace mural- Myself and Brian